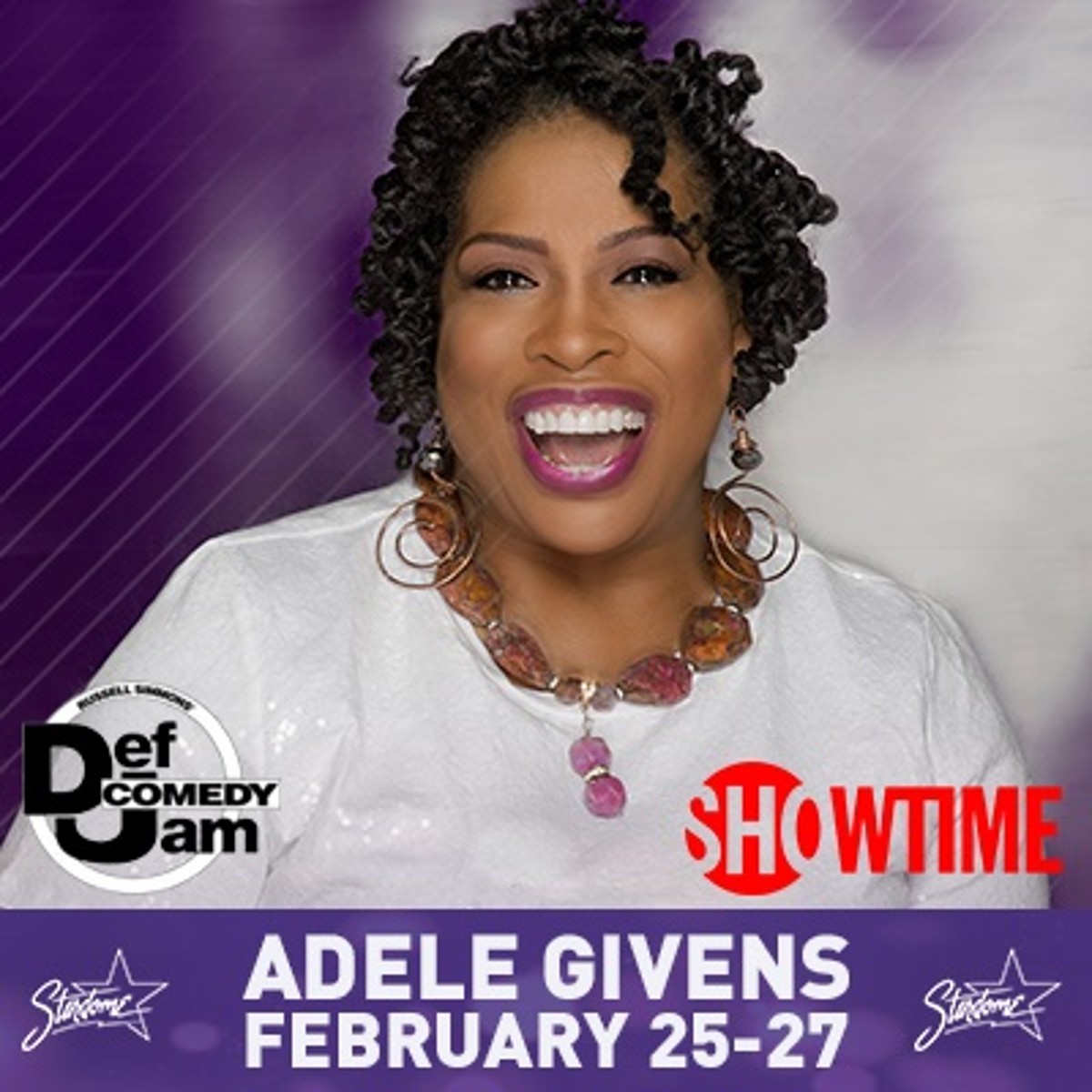 It wasn’t long before Queen Adele made her acting debut, guest-starring in such sitcoms as Martin, Moesha, The Parkers, The Steve Harvey show, a recurring role on The Tracey Ullman show and becoming a series regular on the hit sitcom The Hughley’s to name a few. Loving her newfound tree, Queen Adele branched out to do her very own morning radio show (The Adele Givens morning show on WGCI 107.5 FM Chicago), but not before filming her first movie role as Tricks in the film, The Player’s Club. Before long, HBO recognized her majesty by offering her a chance to do her own HBO Half-hour comedy special and television pilot The Adele Givens show.  Adele also served as co-host of the Source Magazine Awards pre-show. Queen Adele Givens wowed audiences everywhere on the very successful Queens of Comedy tour (13 consecutive sold out dates and the album was nominated for a Grammy Award), and made us laugh out loud as the hip hop loving, bad hair day having, DJ (I’Holla) Helen in the movie  Beauty Shop.