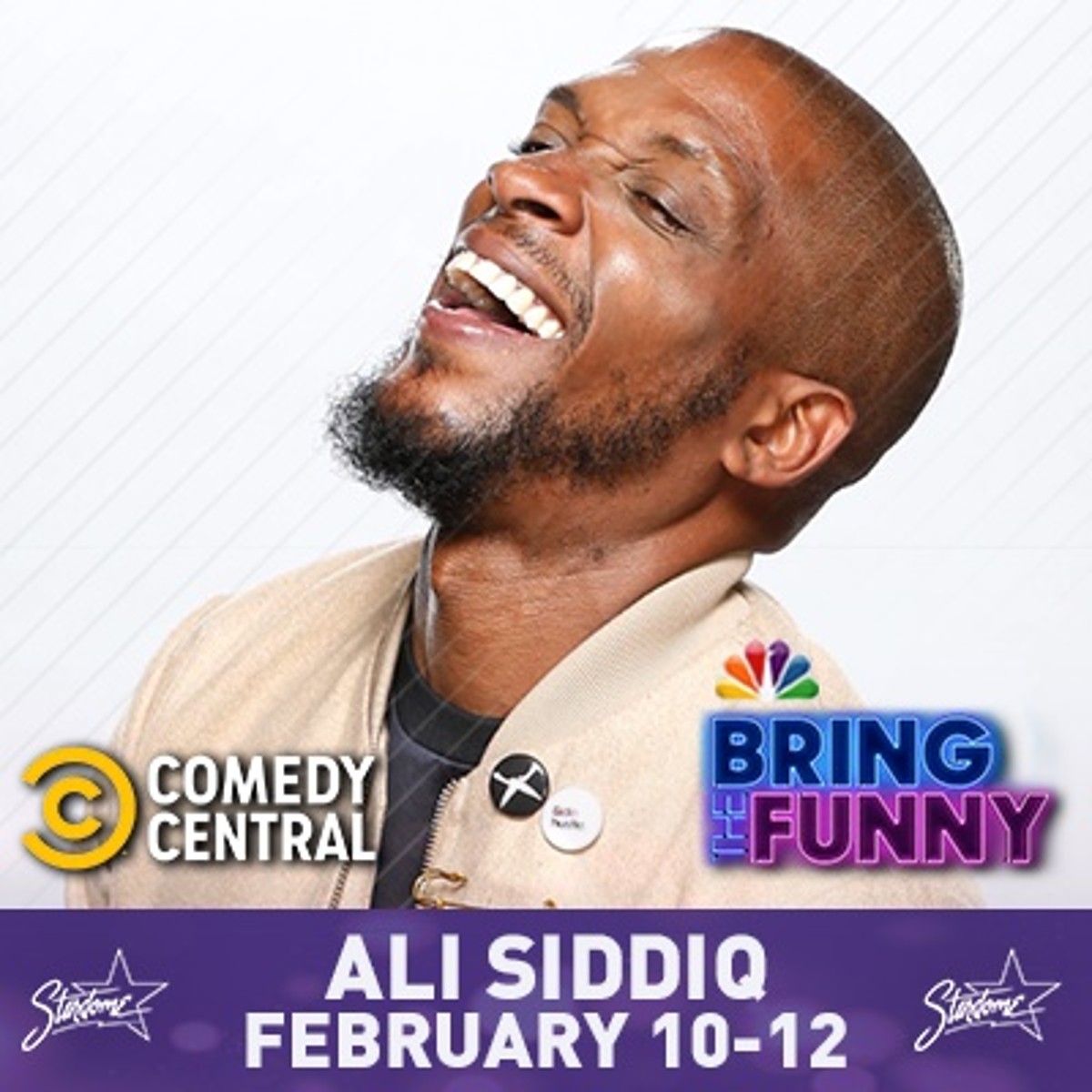 In addition to his philanthropy, Ali headlines multiple comedy clubs around the US and comedy festivals around the world proving his ability to engage audiences of every demographic while leaving them laughing hysterically.
Recently, he attended the world famous ‘Just For Laughs’ Comedy Festival in Montreal for the first time where he completed a string of shows as a headliner; a prestigious accomplishment.  He has also been a headlining act on
The Tom Joyner Foundation Cruise four times and counting.  During The New York Comedy Festival, Siddiq was named winner of Comedy Central’s “Up Next” competition, where he earned a spot on Comedy Central.