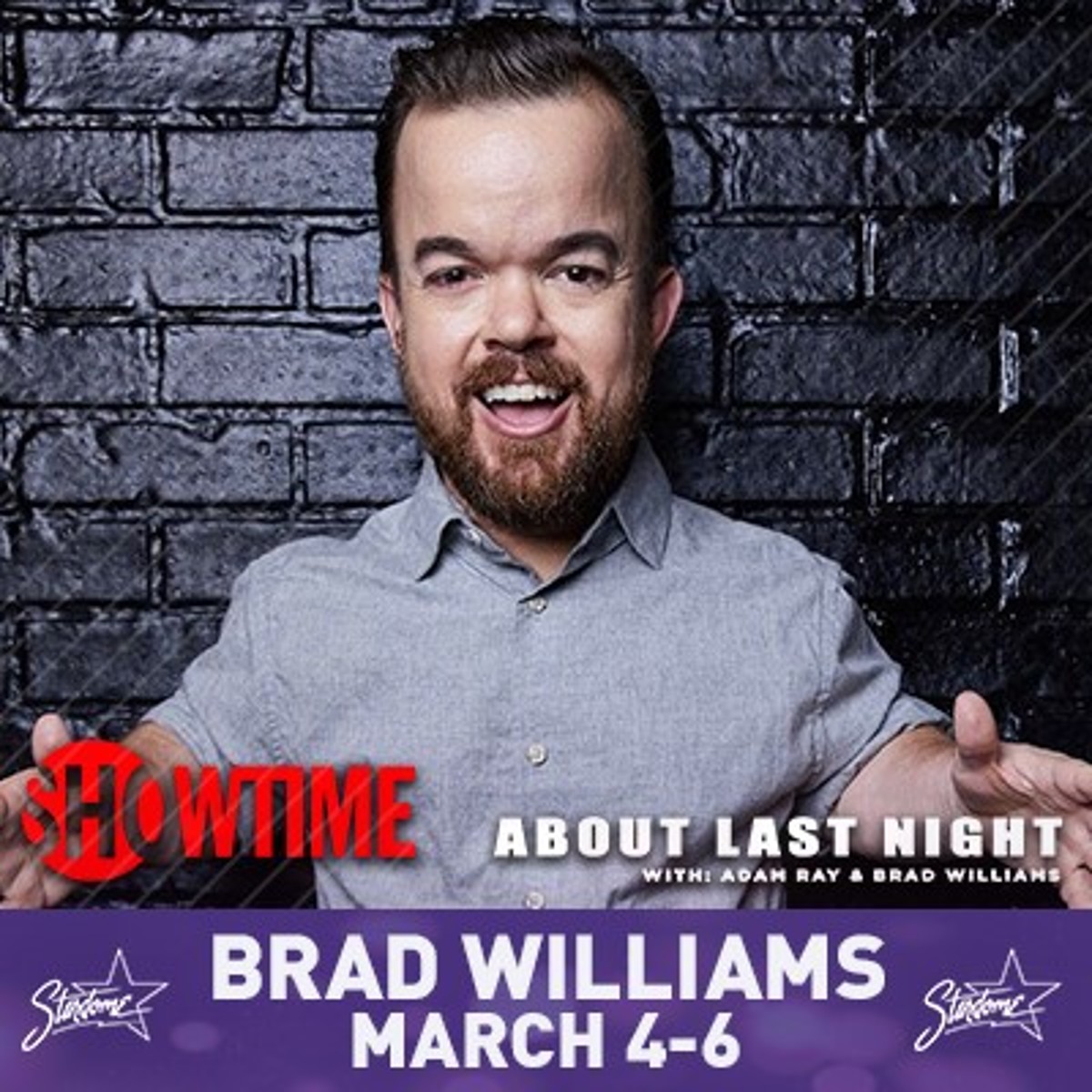 Brad Williams has become one of the funniest, most in-demand comedians working today. A California native, Brad started doing stand-up at age 19 and has been touring ever since.
He has appeared on numerous TV shows including Legit, Dave Attell’s Comedy Underground, Sam and Cat, Live at Gotham, the Tonight Show, Jimmy Kimmel Live, Mind Of Mencia, and Pitboss.
His one hour comedy special “Fun Size” was the highest rated comedy special on Showtime in the year 2015. A year later, he followed it up with a 2nd special called “Daddy Issues,” its airing prompted the New York Times to write “no one is doing it more hilariously than Brad Williams.”