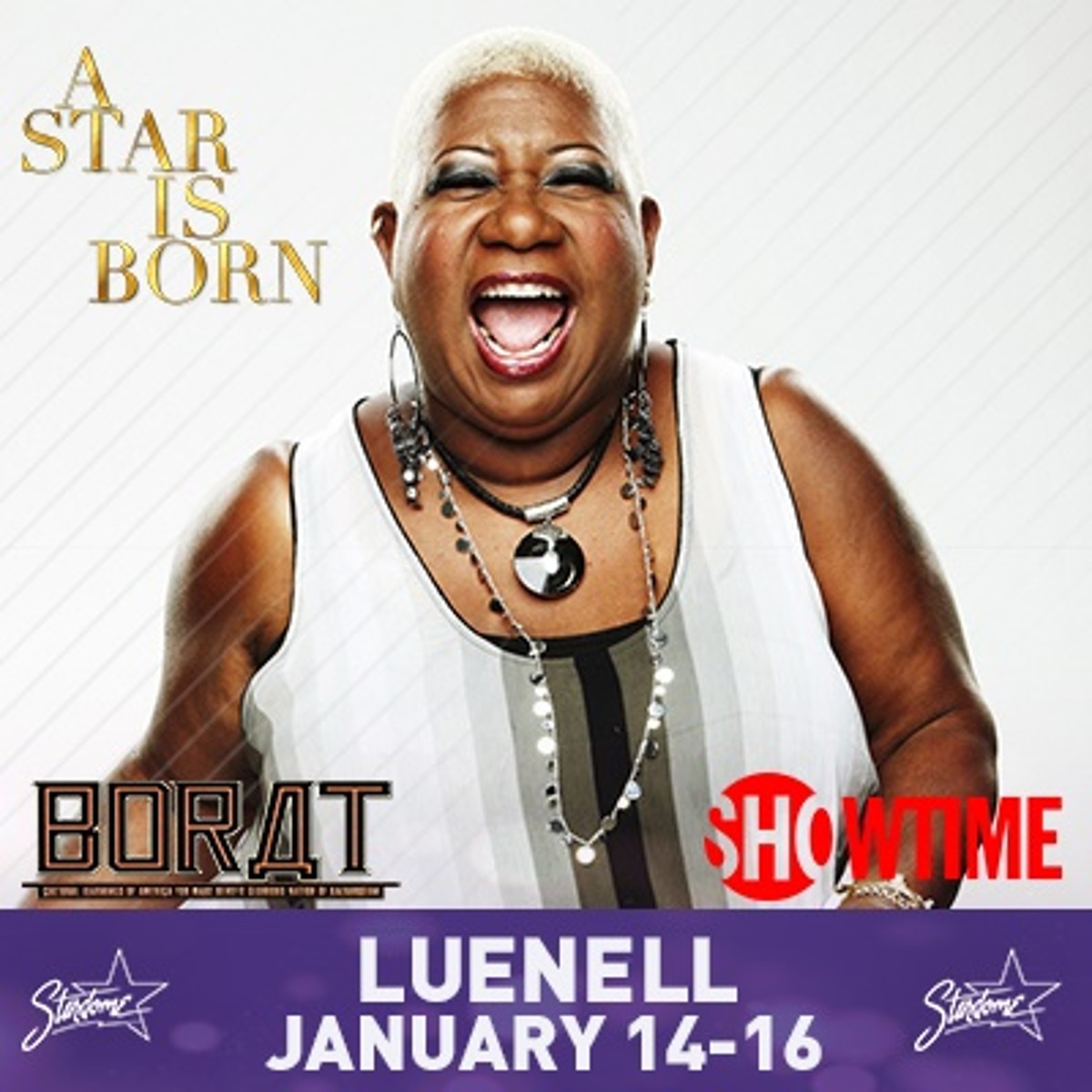 Luenell was one of the few hired actors in the 2006 hit mockumentary comedy film Borat: Cultural Learnings of America for Make Benefit Glorious Nation of Kazakhstan. In the film, Luenell plays a prostitute of the same name, a hooker with a heart of gold; who later marries Borat.
In 2012, she acted in three #1 feature films – Think Like A Man, the 3D animated hit Hotel Transylvania, with Adam Sandler and Taken 2, with Liam Neeson. She also co-starred in the comedy That’s My Boy with Adam Sandler and Leighton Meester. TV appearances include episodes of The Middle and It’s Always Sunny In Philadelphia as well as stand-up appearances on Snoop Dog’s Bad Girls of Comedy on Showtime and Stand-up In Stilettos on the TV Guide Network. She recently was in the blockbuster film “A Star is Born”.