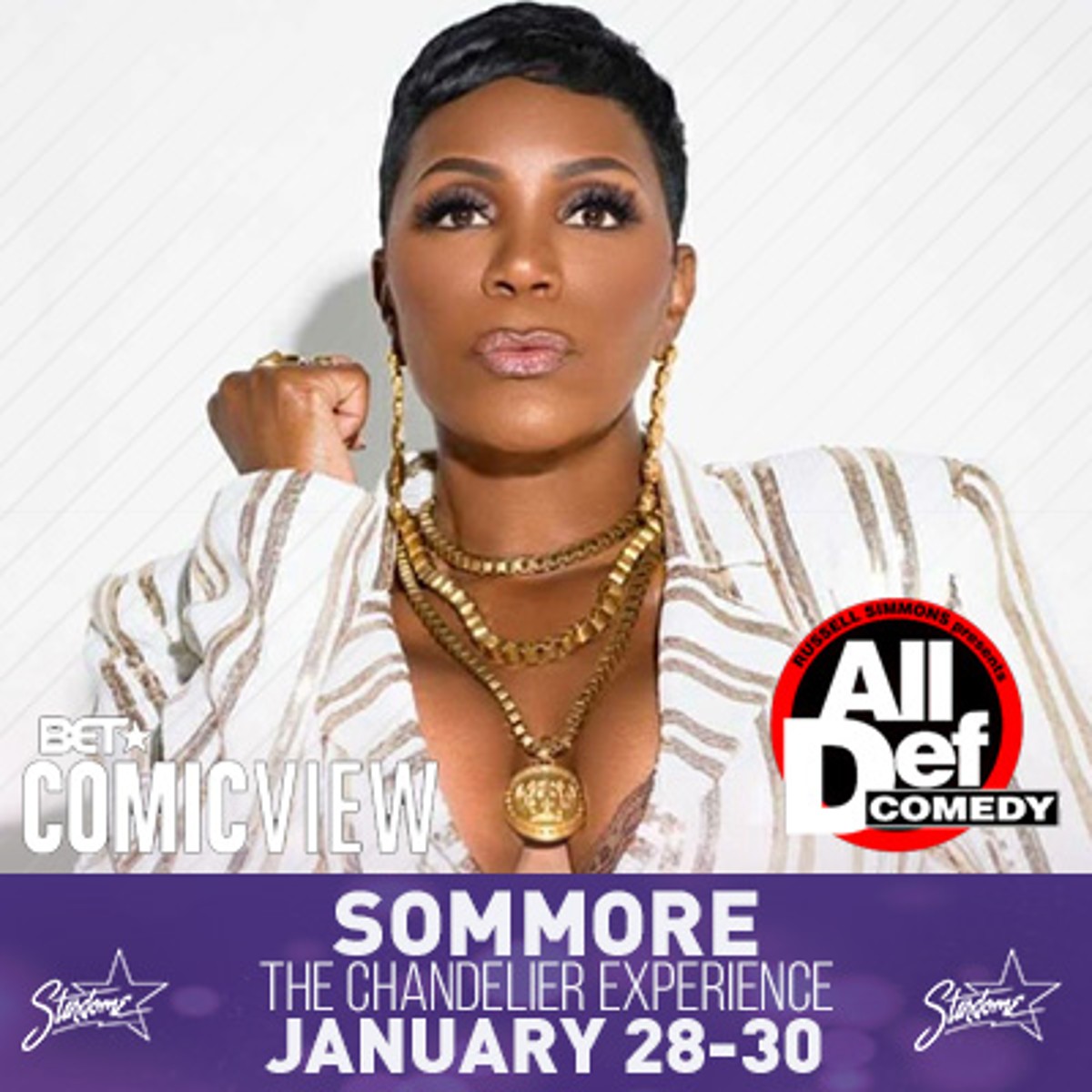 Sommore is incredibly talented, hilarious and has made a mark in every genre of entertainment. The self proclaimed “Chandelier” can be seen in films such as “Friday after Next”, “Soul Plane”, “Something New” and television series including the Academy Award winning series “The Parkers,” and “The Hughleys”. She has been a featured guest on “The Oprah Winfrey Show,” “The Tonight Show with Jay Leno,” “The View,” and “Politically Incorrect with Bill Maher.” She was also interviewed on CNN Headline News about her phenomenal artistic and financial success as a comedienne, and was profiled in Comedy Central’s “Special Women in Comedy” program. Sommore has wrote, self produced, and performed in her own one woman Comedy Specials, “The Queen Stands Alone” (2008), “Chandelier Status” (2013), and “The Reign Continues” (2015) and “A Queen with No Spades” (2018).

With her current success, there seems to be no stopping this Renaissance Woman. Her Chadelier Status is shining brighter than ever from center stage, to the big screen, to behind the scenes writing, producing and directing her own path to success. With her fresh approach to comedy, her distinctive style, and her groundbreaking accomplishments in the entertainment industry, she is a true “Queen of Comedy,” – a title she plans to hold for years to come.