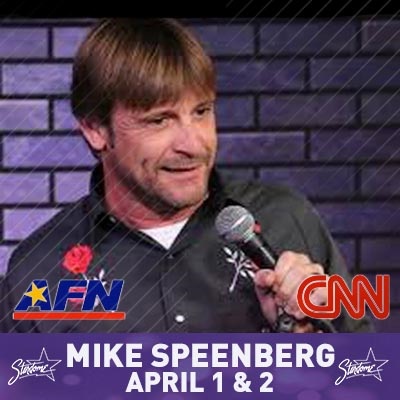 Mike Speenberg has been a professional touring Stand up comedian for 20 years. He’s performed on 5 different continents, entertained everyone from Hall of Fame Athletes to US Diplomats, shared the stage with everyone from Robin Williams to Bill Burr, and been featured on everything from CNN to the AMERICAN FORCES RADIO NETWORK.

Mike has also traveled everywhere from Guantanamo Bay, Cuba to Baghdad, Iraq on numerous occasions to perform for the men and women of the United States Military.

His live show has been called a perfect blend of Jeff Foxworthy and Dennis Leary. Creative Loafing Magazine once called him “The Cynical Voice of a Generation”.