The Stardome is a one-stop-shop for all of your party needs. We are capable of hosting small parties of groups of 10 or more, to holiday parties and corporate events. We make it easy for you to have a worry-free night of fun. Want to simply see a show? Ever considered a fun-spirited roast of your CEO? Need to host a fundraiser? The Stardome has you covered.

Enter your contact information below and a Stardome team member will contact you to help create the perfect party package for you or your business.

We can place each guest on an individual beverage or cocktail tab.

We can place all attendees on one cocktail/beverage tab.

Best known as the winner of Last Comic Standing Season 8, Comedian Rod Man is truly a gem in the World of Standup Comedy today. His unique delivery and voice capture the attention of audiences. Throw in his laid back style, southern charm, wit, and ability to find the funny in everyday life, and you have the ingredients for a future Comedy Star in the making. Rod Man got hooked on comedy at a young age. He signed up for “open mic” nights at Atlanta’s Uptown Comedy Club, hosted by the hilarious Earthquake. “Uptown was the place to be on Tuesday nights. The place was packed. You never knew who would stop in and do a guest spot. And you never really knew when you were going to hit the stage because the list meant absolutely nothing to Earthquake.”

Our favorite Holiday comedian is returning for the Holidays! John Paul Morgan. known as the “Ragin Cajun” was raised in New Orleans, Louisiana. The cultural, political and economic diversity of that city laid the groundwork for his development as a standup comedian. John has headlined comedy clubs all over the world. John’s confident demeanor and honest approach to life are refreshingly original. John dares to talk boldly about real issues. Whether he is speaking about children or relationships, his comedy comes from the heart. So whether it’s a specialized group or a night at the comedy club, this Ragin’ Cajun is as sweet as a honey glazed ham and as hot as a Tabasco chili pepper.

SAFETY MEASURES AT THE STARDOME

In Accordance with Local Health Officials, the Following Social Distancing Guidelines will be in Place at StarDome until Further Notice:

-We will be operating under limited occupancy to accommodate social distancing guidelines.

-We have heightened our cleaning protocols and staff hygiene procedures.

-6ft distance will be maintained between all tables.

-Our staff will be wearing face masks, gloves and will pass daily temperature checks.

-We will not seat separate groups at the same table so you’ll only sit with those in your own party.

-Hand sanitizers will be available.

-Staggered entrance and exit from the showroom by tiers.

-We will be using disposable menus.

And Then We Had Sex Podcast 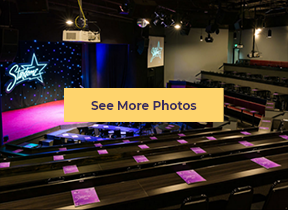 The StarDome is so much more than just an entertainment venue. We are also a great venue for your special corporate events.

As a part of our corporate services, we offer comedy-based:

Ragtime Cafe is a full-service bar and restaurant featuring all your favorite beers, wines and mixed drinks, as well as awesome pub food and pizzas, plus seafood and steak entrees. We’re open for lunch and dinner, Monday through Saturday. No reservations necessary and casual attire is expected!
VISIT SITE

Official Hotels of the Stardome 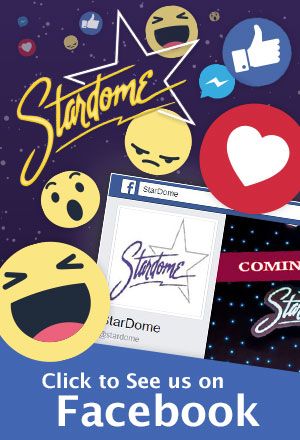