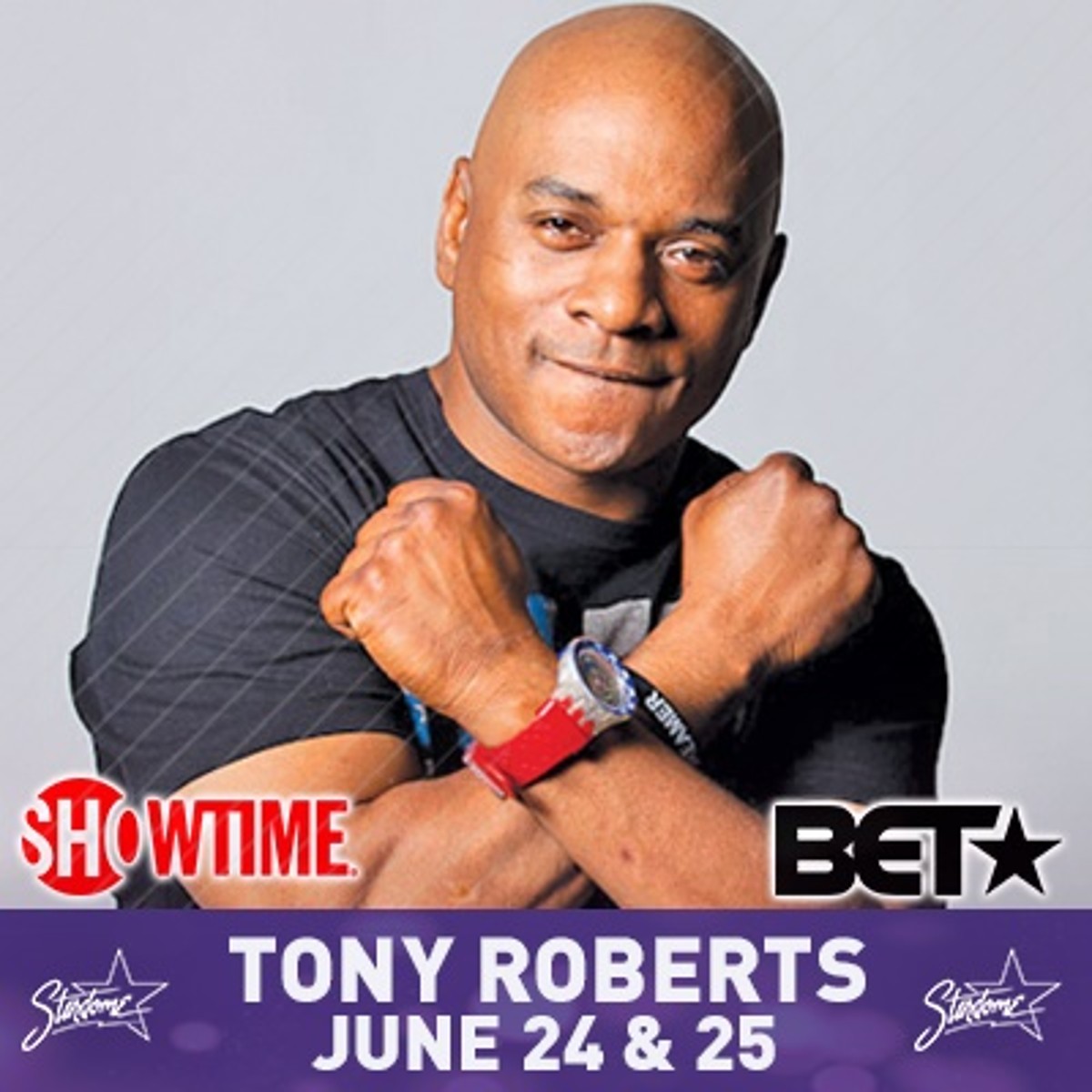 Originally from Detroit, comedian, actor, writer and (sometimes) director, Tony T. Roberts has been blessed with the coveted honor of being the, “Comedians-comedian.” The guy other performers love to watch work. His hilarious and refreshing energetic comedy style has granted him respect and created a huge demand for him on the comedy circuit, here in the states and abroad. Legendary comedian and sitcom director, David Steinberg, acclaimed Tony as, “A breakout talent” after witnessing Tony’s stand-up act and casting him as the lead in a series of funny burger king commercials he directed.